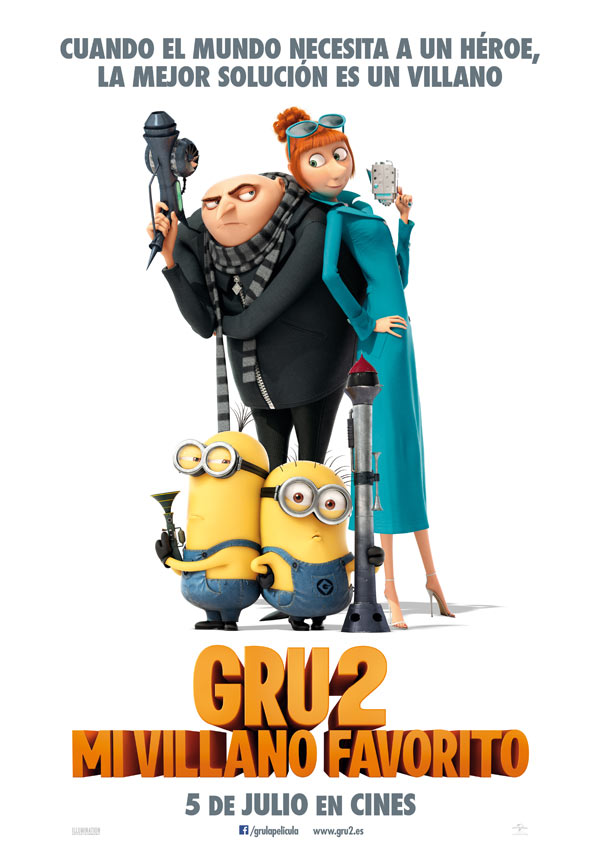 Directors Pierre Coffin and Chris Renaud are back together to bring us the long-awaited sequel to ‘Gru. My favorite villain’. The animated film from Universal Studios revolved around a peaceful and colorful town where the evil Gru (original voice of Steve Carell, ‘Crazy, Stupid, Love’) lived. Helped by his battalion of Minions, some small yellow beings, they tried to steal the Moon, although not everything ended as expected. Three curious and somewhat mischievous girls crossed his path, hindering all his plans and turning his goal into a crazy interstellar feat.

Now, ‘Gru, my favorite villain 2’, narrates a new adventure in which Gru will once again be accompanied by friendly humanoids. In the cast of original voices, Kristen Wiig (‘My best friend’s wedding’) repeats as Miss Hattie, Russell Brand (‘All about my chaos’), as Dr. Nefario and Miranda Cosgrove (‘School of Rock’ (School of Rock)’), as Margo. Al Pacino (‘The Godfather’) and Englishman Steve Coogan (’24 Hour Party People’) would join.

The power of the dog