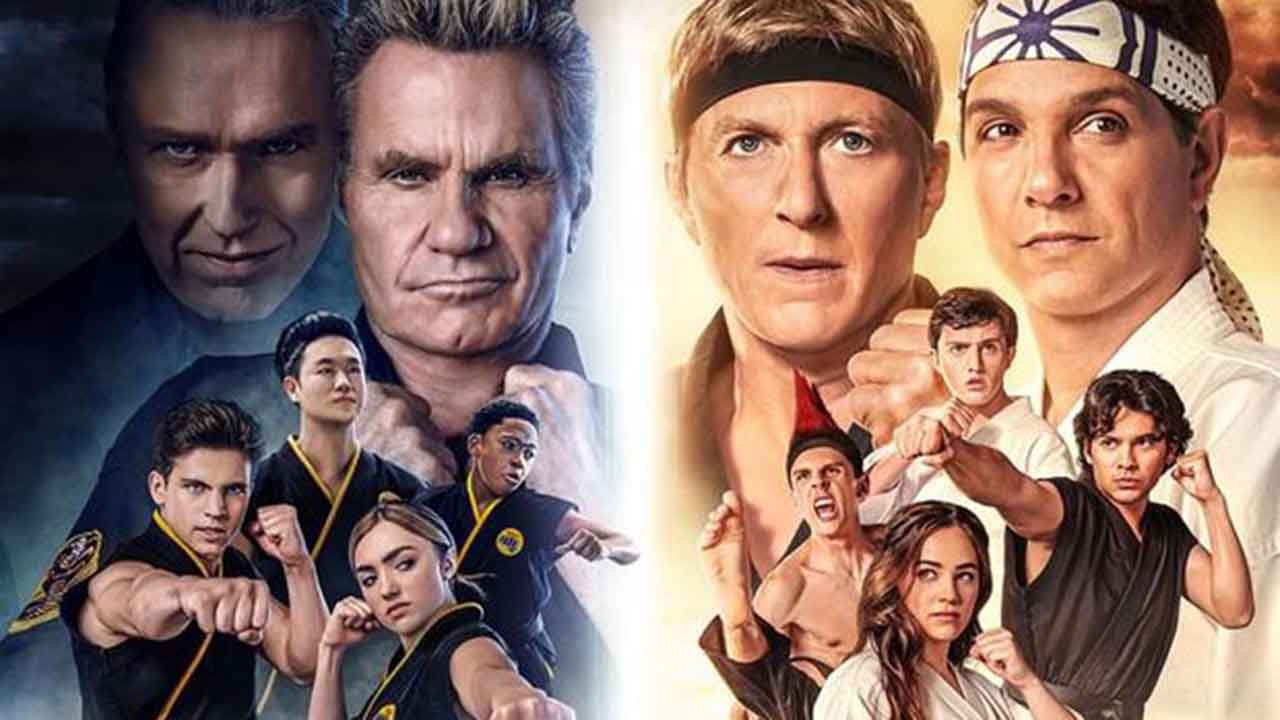 The fourth installment of the sequel series to ‘Karate Kid’ has become the first to lead the Top 10 of the most popular on the ‘streaming’ platform in 2022.

The premiere of the long-awaited fourth season of Cobra Kai has been the way Netflix chose to say goodbye to 2021 and, after its full debut on the last day of the year, the new installment of the sequel series karate Kid It has become the first series to lead the Top 10 of the most popular on the streaming platform in 2022.

Originally produced by YouTube Red, where it was already the subject of high praise and quickly caught the attention of the streaming giant, Cobra Kai It has become one of Netflix’s ‘hits’ since the company acquired the broadcasting rights in the summer of 2020 and put its two seasons at the service of its subscribers. The exclusive premiere of season 3 at the beginning of 2021 finished reaffirming it as a global phenomenon and as an original series in its own right on the platform, which has said goodbye to the year by launching the long-awaited fourth installment.

There are several generations that have surrendered to the feet of Cobra Kai. Sequel to the franchise karate Kid, lovers of 80s movies have seen their protagonists, Ralph Macchio and William Zabka, again in the shoes of Daniel LaRusso and Johnny Lawrence, but they have also been able to meet a new generation of karate learners who quickly they have won her heart and captivated new audiences. Miguel (Xolo Maridueña), Robby (Tanner Buchanan), Sam (Mary Mouser) and Hawk (Jacob Bertrand) are just some of them.

The fourth season of Cobra Kai It has been the scene of great moments: it has hosted the long-awaited All Valley Karate Tournament, yes, but it has also been the delivery that has brought back Terry Silver (Thomas Ian Griffith) -one of the key pieces of the third film- , has turned Daniel and Johnny into allies and has introduced new characters to continue the saga. In addition, Some shocking events in the finale pose new directions for a season 5 that is not only a reality, but has now ended production.

There’s no question: The stories of Daniel, Johnny, Kreese, Silver, and their students are far from over. Take note below of everything we know about season 5 of Cobra Kai:

WHEN WILL ‘COBRA KAI’ SEASON 5 RELEASE?

Season 5 of Cobra Kai it has already finished filming.

Netflix has not yet announced its release date, but the new installment is likely to premiere later this year 2022 or, at best, early 2023.

Season 3 of Cobra Kai It premiered on New Year’s Day 2021 and season 4 has been responsible for dismissing 2021 with its debut on December 31, so it seems likely that Netflix will remain in the same annual launch pattern.

Official details have not yet been confirmed, but the final result of the All Valley Tournament held in season 4, promises to completely mark the events that will have to be addressed. Cobra Kai in its season 5.

The important event ended with Kreese and Silver’s dojo winning the overall Grand Championship, as well as Cobra Kai crowning All Valley’s first female champion: Tory Nichols (Peyton List). Although Eli “Hawk” Moskowitz won the boys’ championship, Miyagi-Do’s victory is not enough that, according to his bet, Daniel and Johnny will not be forced to close their dojos. Daniel, reluctant to do so, has brought Chozen (Yuji Okumoto) back from Karate Kid II: The Story Continues to help him go on the offensive against Cobra Kai.

Meanwhile, Miguel Díaz (Xolo Maridueña) has left Mexico City in order to find his biological father, while Silver has taken full control of Cobra Kai after having caused the arrest of Kreese. For her part, Tory has learned that Silver bought the referee in the All Valley tournament and that, for her, completely nullifies her victory and history of self-improvement. polluting Nichols’ championship win. All these stories and new ones will have to continue in the new episodes.

WHO IS RETURNING AND WHO IS NOT IN SEASON 5?

For starters, we can count on veteran characters coming straight from the film franchise to continue to lead the cast: Daniel LaRusso (Macchio), Johnny Lawrence (Zabka), John Kreese (Kove) and Terry Silver (Griffith).

Also, after the events of the fourth installment, the most likely thing is that Tanner Buchanen (Robby), Peyton List (Tory) and Joe Seo (Kyler) will continue to represent Cobra Kai, as well as the recent addition of Kenny (Dallas Dupree Young). . Miyagi-Do, meanwhile, will continue to count on Sam (Mouser), Eli / Hawk (Bertrand) and Demetri (Gianni DeCenzo), while the presence of Miguel (Maridueña) is still in doubt after they have left.

IS THE FIFTH SEASON THE LAST OF THE SERIES?

Absolutely. In fact, the series team has already assured that it is working on writing the sixth installment, which could even begin filming this year. Furthermore, in a previous interview with Screen rant, executive producer Josh Heald had already promised that Cobra Kai I had a lot more stories to tell and that season 5 hadn’t been written as the end of the story.