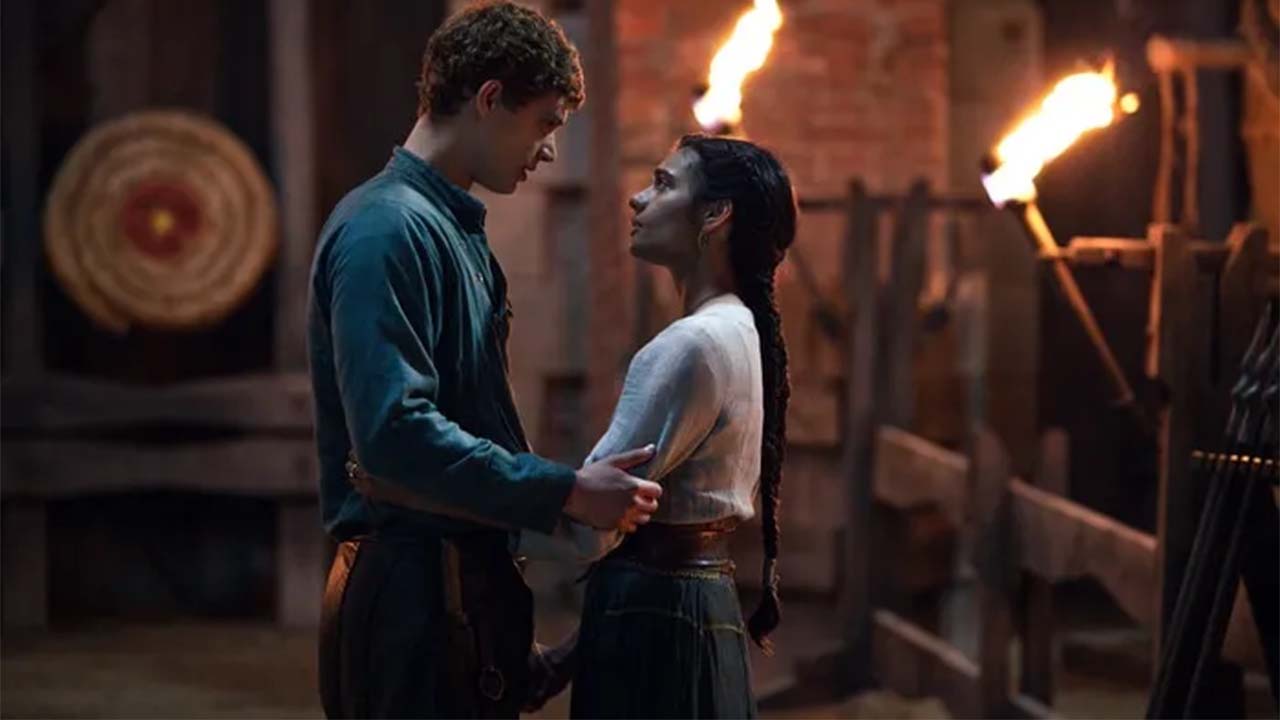 The second installment of the Amazon Prime Video reveal series is already a reality. Here is a brief review of all the information in this regard that we have to date.

It was almost like a sigh, but the first season of The Wheel of Time has come to an end in Amazon Prime Video. It has done so with the debut of its eighth and final episode, ‘The eye of the world’ (1×08), whose name coincides with the title of the first book in Robert Jordan’s literary saga and also with one of the most iconic places in fantasy history. Thus, the first full installment of one of the most ambitious television productions in history is now available in full on the streaming platform.

The epic outcome of the first installment has paved the way for the adventure of Moiraine (Rosamund Pike), Rand al’Thor (Josha Stradowski) Perrin Aybara (Marcus Rutherford), Mat Cauthon (Barney Harris), Egwene al’Vere (Madeleine madden) and Nynaeve al’Meara (Zoë Robins) in the second season of the series and, although there are reasons why fans have been wanting more, the truth is that the new episodes are 100% confirmed. Something that does not always happen.

Renewed by Amazon Studios for a second season months before the premiere of the first, The Wheel of Time your future on the platform is assured. And even better: there is also a third installment that will begin shooting immediately after the second.

For now, you can take a note below everything we know to date about season 2 of The Wheel of Time:

When does season 2 of ‘The Wheel of Time’ premiere?

Amazon Prime Video has not announced an exact release date. And it is too early for me to do so. What does work in favor of the fans’ desires is that you do not have to wait for a renewal for the team to get to work on new episodes. Because that has already happened

The cast began shooting the second installment in July 2021, so everything indicates that in 2022 we will have a new season. Even in the first half of the year.

An important absence in the cast and several new signings

One of the most notable changes in season 2 of The Wheel of Time will be experienced by the character Mat Cauthon, who will be played by another actor in the new installment.

It is not the first time that a series changes one of its actors, so we should not worry, since the character will continue to evolve as planned and what the story throws at him. In addition, at the time of confirming the departure of Barney harris The signing of the person in charge of replacing him in the skin of Mat was also announced: Dónal Finn.

‘The wheel of time’ signs two of its most important characters

On the other hand, we already know some new signings: Ceara Coveney (The Amazing World of Emma), who joins the production to play Elayne Trakand, and Natasha O’Keeffe (Peaky blinders) and Meera Syal (Yesterday). The first of them plays a character much loved by fans of the saga, while the other two actresses play two mysterious roles that we will discover later.

Likewise, it was recently confirmed that Guy Roberts, Arnas Fedaravicius and Gregg Chillingirian will also play recurring roles in the second installment.

What will happen in the second installment?

It is early to advance specific details about the plot of the second season, but it is safe to point out that the series will continue to narrate the adventure based on the novels of Robert Jordan. Readers of the literary saga know more or less what to expect from the characters, while non-readers may have the assurance that Rand al ‘Thor, the Dragon Reborn, still has a great journey ahead of him after meeting the Dark One in the season finale.

Likewise, Mat Cauthon faces the threat of the Red Ajah and his own ability to channel the Unique Power, Moiraine has been touched by the Eye of the World and the rest of the characters continue to advance as they discover more about the powers they possess.

In his adaptation task, Judkins, a big fan of the books, He has made some significant changes, but has promised that he will essentially respect Jordan’s story.

Well, a season 3. At least. The third season is already confirmed, but Rafe Judkins has plans much further. and this was revealed long ago in statements to Deadline:

“I have to approach it as if we are going to tell the whole story that is in the books. If we don’t approach it that way. I really need to prepare everything to get to the end if we can. That is not ultimately up to me. If the people do it. Go and Amazon wants to continue doing more, I would love to continue expanding this world, “he said at the time.

Something similar claimed producer Mike Weber in his interview with SensaCine on the occasion of the debut of the series: “Our goal is to adapt all the books and how many seasons that ends up being unknown. But we want to take this series to its final outcome in the fourteenth book. That is the goal.”

If you want to be up to date and receive the premieres in your mail, sign up for our Newsletter